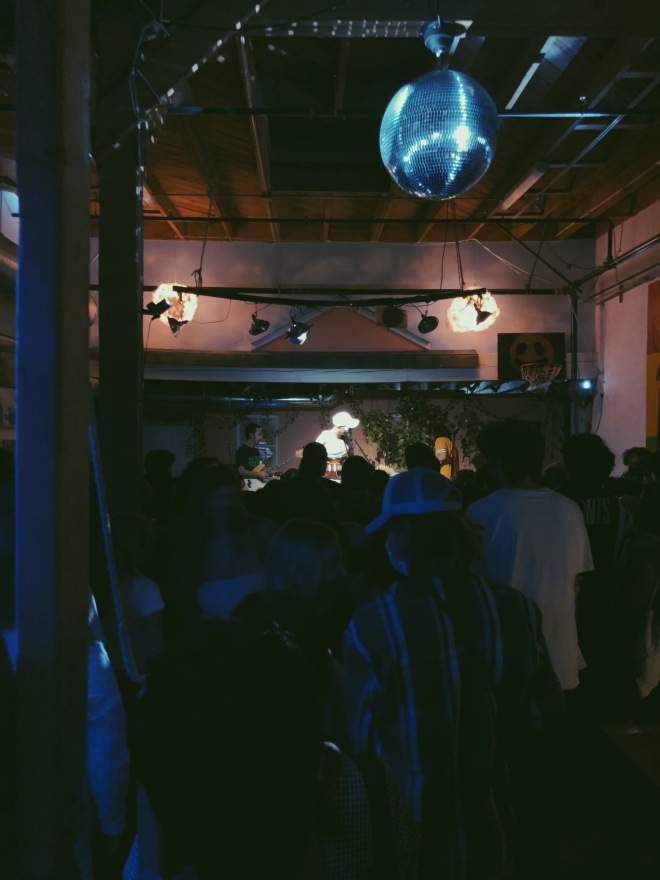 The Creep Effect. I don’t mean staring a woman’s legs down and smacking your lips aggressively or asking someone if they have a foot fetish. I mean that moment when that iconic bass riff cuts through the air and no matter what your opinion is on the song, you stop. When Radiohead’s “Creep” is played in  public places, you’d think everyone simultaneously peaked on an acid trip. Guys, usually millennials with poorly aging tattoos and sparse facial hair fall into a trance and proudly sing the lyrics to a song they hold dear.

Although it is fun to poke at the shameless Creep fan, there is a certain charm in the power that those first few seconds hold over people.

There’s a restaurant in my home city that holds trivia nights on Wednesdays at seven. I’ve been going since I was in high school, drinking ginger beer until my teeth hurt and realizing how dumb I am, all while being accompanied by some of my favorite people. It should be clear that we have never attended trivia night with the intention of winning. For the few years that we’ve gone, we’ve been trounced pretty much every time. That doesn’t really matter when you attempt to answer most questions with the most impossibly incorrect answer you five can summon at the time. The music round was the only round I ever struck any accurate consistency with. It was the final round when the energy in the bar’s basement starts to plateau and the bartenders hand out tabs. As the coined “music girl” among my friends, I was given a half sheet of paper and a bic pen for the following fifteen minutes.

You’re given a twenty second snippet of a song to name the title and the artist. In those twenty seconds I feel different lines in my brain connecting like roads on a map. If they’re angled correctly, I reach a destination. My dad used to play this game with me as a kid, so I do have a habit of acting as the resident Human Shazam, even when this is not required or desired. It was the highlight of my week for months as I was stuck in Zoom University alone in my bedroom for hours on end. Even with masks and spaced out seats, the dark basement was always there with fifteen songs for me to memorize every week.

At the time that I am writing this, I’ve just returned from my last trivia night before my move in a few weeks. My stomach is hurting from the copious amount of soda I drank and after a pack of Liquid IV for my headache, I’ve had to pee every ten minutes since seven. Tonight’s theme was “fire,” in which all the song titles had the word fire in them. Notable highlights are obviously Jimi Hendrix’s “Fire,” Nirvana’s “Lake of Fire,” and the best of them all: Owl City’s “Fireflies.”

What probably made the scene of half the bar singing those first few lines way more magical was that I liked “Fireflies” more than “Creep.” I won’t break down logistics and subject myself to the wrath of the Radiohead fans, but it’s a far more enjoyable song to sing with strangers and one you don’t feel as though you have to console others when singing. Are we really creeps and losers and weirdos who want perfect bodies and perfect souls? Probably. Would we believe our eyes if ten million fireflies lit up the world as we fell asleep? Even more so. Although “Creep” might have a heavier tone and message, “Fireflies” is not absent of value or truth. It is yet another matter of taste.

Everyone seems to have stories with “Fireflies.” Whether they were in college when the song topped the charts in 2009 or they were a kid strapped into the backseat of a car, it seems as though certain songs are so deeply ingrained into our psyches that it only takes a chord or two to bring them to the surface. In that bar on a Wednesday night, there was a sense of peace that took over the room as everyone sang (terribly). Perhaps it’s the nostalgia-for-the-present-soon-to-be-the-past writing, but I found that really special.

Whenever I am in public, I am uncomfortable. I can only seem to breathe deeply when I’m alone. It doesn’t help that I am physically pretty small and can bruise if you blow air hard enough at me, but I find it difficult to relax in public. I should probably note that I have a pretty severe anxiety disorder and sometimes it feels like I hum at a different frequency than my surroundings. If we follow this train of thought, it’s probably why I tune into music wherever I go. It’s a comfort. I can focus on trying to figure out what the song is rather than if my seventh eyelash is lower than the rest or if the guy standing behind me is plotting my murder. I find it difficult to focus on conversations at times because my squirrel brain will try to decode a faint drum beat instead of listening to someone. It’s a security blanket I cling onto when I feel uncomfortable, not unlike my strong desire to write about music instead of writing about my actual feelings or thoughts.

That feeling of immediately recognizing a song you love in public is an experience I cherish. It reminds me that the time I spend with albums and the hours I’ve spent with headphones on, slowly ruining my hearing are worth something. The soundtracks I make for my life are worth something. The songs I write about and share, write on receipt slips to customers at my job and send links to until I’m blue in the face are worth something. The songs themselves exist in real life, in real time, in real spaces. And sometimes if you’re lucky, you will find yourself surrounded by real people as well. I built Rocka in my bedroom, through very tough years of my life, almost entirely isolated from everyone but the artists I work with. I am only reminded of the meaning behind what I do when I’m at a live show, which I haven’t been able to go to in nearly two years. It is moments like my local trivia night’s music round that bring out the beauty of music’s power in everyday life.

So next time you’re out and about, take note of what you’re hearing. Even if it’s songs you don’t like. Take note of who is mouthing lyrics or bobbing their head. Take note of how background noise can actually be the very foundation of our lives.

Until next time, Rocka out.

new playlist, “Jaded” up now! threw together some tunes I’ve been listening to. link in playlist highlight ✨
The Creep Effect — new Rocka Rambles out now! Link in bio.
The new Rocka Magazine logo! I’ve been so excited to finally share my new designs by the lovely @liftyourskinnyfists.
aug 1st I’ll be back online! you’ve been warned! ✨
Let’s have a chat about gatekeeping music & why we feel like “our” music is really “ours”! New Rocka Rambles live now ✨
“library parking lot” is a collection of tunes for when you’re stuck in a place you don’t want to be. Physically, mentally, spiritually— whatever. We’ve all been there. Link in bio & in stories!
%d bloggers like this: