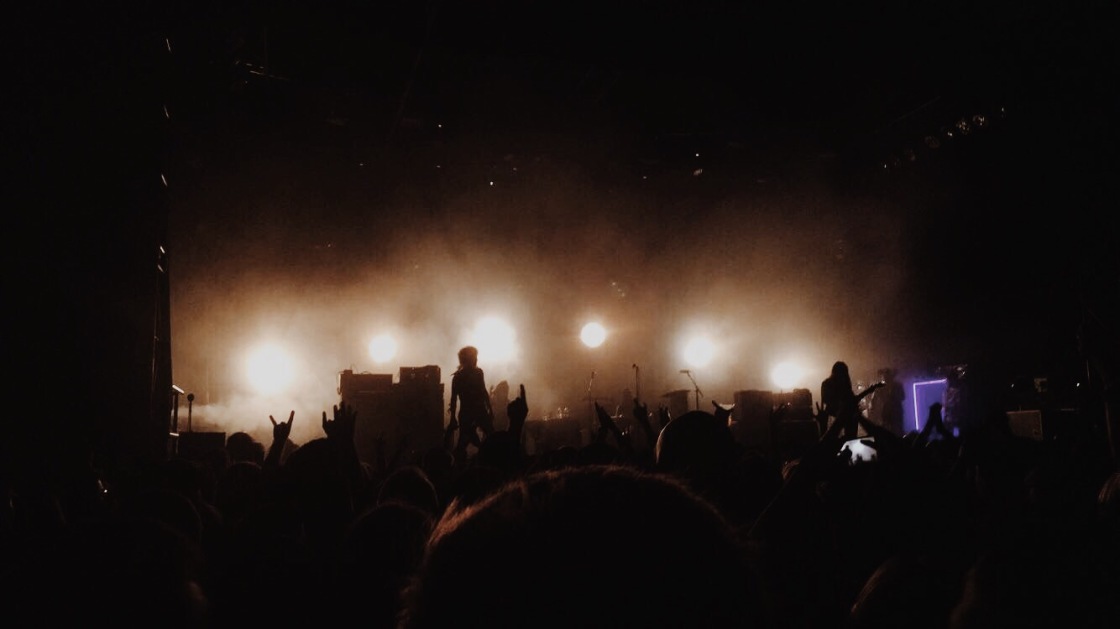 There are only a handful of acts I refer to as “my bands”. They’re ones I found when they were seedlings; bands that I know will make a come up one day and blow everyone out of the water, except for me. No band has ever made as great of an impact on my spirit and passion for music as Greta Van Fleet.

Whether it’s getting stopped in coffee shops and asked about my shirt, sitting in dressing rooms and convincing other bands to tune in, or forcing every single one of my friends to listen to a song at some point, Greta Van Fleet is the most “my band” of them all. And although most of my male peers refuse to acknowledge my grasp on the majority of their taste, let the record show that I was the source.

It was November of 2017 when my father first sent me the link to Greta’s music video for “Highway Tune”, their hit song off of their debut EP, “From the Fires”. I first ignored the link, probably too busy with homework or other activities to give it any attention. Later on, my father insisted on me watching the video and after passing the phone down at a dinner table, I cupped my hand around the bottom of his phone and heard the first screech of Josh Kizka.

The video was simple. A bunch of semi-long haired guys wearing ripped clothing in a garage fashioned for nothing else than a set up rock concert. The guys looked like they hadn’t showered in a few days, maybe weeks, and the whole video had an edge. One that cut the overly sexualized, conceptual music videos that clutter the typical feed. Greta Van Fleet has been about The Music from day one.

I was stunned. Yes, the music was good, but I was more shocked by how young they are. In my narrow scope of the world, teenage boys and young adult “men” aren’t good for much. They are lazy, rarely shower, and smoke electronic cigarettes faster than you can say “addiction”. Here was a group of young guys who had a style, a voice, and a damn good sound.

At the time, I was writing for another publication at the time and reached out to the band’s manager to do an interview. After months of setting one up, my dreams of having a chat with the young rock stars came to a halt. In the week before the interview, the band’s following grew phenomenally. They went from  tens of thousands of followers to hundreds in the time span of a week. There was no longer time for small publications and wasted press time. Now, the public had its eyes on Greta.

About a year later, I found myself showing up alone to their concert in Denver. I met up with a friend at the back of the line and delighted in the wait. The line that wrapped around the venue twice which struck me as vindication of everything I had ever said about the band. There were people of every age, every hair color, every piercing, on every drug and throbbing with excitement.

Greta works because there’s no way they can’t. Not only are they appealing to the nostalgia of the generations who grew up with the iconic bands we now refer to as “classic rock”, but they are appealing to me– teenagers with a nostalgia for something we’ve never experienced.

We’ve seen our parents old tour t-shirts, various paraphernalia at record stores, and have essentially romanticized a life we’ve never lived.  So here stands a group of boys who are on their way to becoming the Led Zeppelin of our generation. It is impossible to stunt their success, no matter how many balding, pretentious music critics are crying at their heels.

I’ve been to many concerts. Many great ones, too. But Greta Van Fleet gifted me an experience I will never forget. I’m sure my ears won’t either.

I will sum that experience up into three details.

Greta Van Fleet put on a show like they used to be put on. Some lights. Some smoke. But the core was music. There were no crazy introductions, no over-stimulating visuals, no unspoken barrier between musician and listener. The night was about music.

After the show, as I leaned on the poorly painted purple drug store across the street from the venue– and no, I wasn’t hallucinating–I pulled my hair back and realized the bottom half of it was drenched in sweat. Those frat boys could move. I watched as people took long drags of cigarettes, rolled joints in parked cars, hugged each other, and talked about what they had just experienced. Everyone stuck around the lawn of the venue for a while after and a dad even came up to my friend and me, fist bumping us and shouting “great show!” to the entirety of downtown Denver. I had never seen people like that before. It felt real. It felt honest. That’s why people fall in love with music in the first place. The rest of it is just fluff.

Although I tend to cringe at some of the outfit choices and I roll my eyes at their forced attempts to seem deep and profound on their Instagram posts, Greta Van Fleet has the live presence that my other dreamy, bedroom pop indie bands cannot even touch.

Many compare Greta Van Fleet to be a mere resurrection of one of the most legendary rock bands of all time, Led Zeppelin, and there are similarities, conscious or not. Josh Kizka’s voice is downright uncanny to that of Robert Plant. You know, the manly squealing over sharp chords and heavy bass. His on stage mannerisms are also blatantly similar, relying on cryptic hand movements and gestures, focusing on the upper half of his body. I have many pet theories for why this is, but maybe it’s just the power of the pleather leggings.

The band has been accused of mirroring certain riffs of Zeppelin, particularly referring to “Highway Tune” sounding awfully similar to “The Rover”, off of Led Zeppelin’s 1975 release, “Physical Graffiti”. Despite their debut EP causing quite the debate between paying respect and blatant copying, Greta’s debut album, “Anthem of the Peaceful Army” is an entirely separate entity that shows the band’s true colors.

Leading up to the album release in October of 2018, Greta set their message and aesthetic in stone. Wearing nude colored tunics and colorfully embroidered vests, the band came waltzing onto the popular music scene reeking of something different. Not new, but different.

Straying away from the typical, reckless view of “sex, drugs, and rock n’ roll”, Greta promotes “peace, love, and unity”, even making some of the song releases completely interactive and forcing listeners to travel to a park in order to download. While Zeppelin on one famous track (“Dazed and Confused”) claims that “the soul of a woman was created below”, Greta has a kinder approach to sexuality, one summed up in a few lustful howls of “mama”. Who is going to argue with “peace, love, and unity”?

To shut Greta Van Fleet down under the sole reason of “they’re Led Zeppelin wannabes” is to stunt the growth of rock music in the twenty first century. While other genres have evolved with time gradually and acceptably, like country and rap, rock music is treated with a stunningly different attitude. The peak was reached in the 60’s and 70’s, but there is still an entire mountain. The Earth still rotates. The tectonic plates shift. Scaling these new mountains does not mean abandoning the old ones. In fact, is is vital that we preserve the foundations that not only music, but culture and politics has been built upon. Greta Van Fleet is the leading force of that movement. With their charisma, their broad demographic, their positive message, and their tunics, Greta Van Fleet is absolutely unstoppable.

Nor should we dismiss the talent and passion of Greta’s members. Greta was nominated for four different Grammy awards: ‘Best New Artist’, ‘Best Rock Album: From the Fires’, ‘Best Rock Performance: “Highway Tune”’, ‘Best Rock Song: “Black Smoke Rising”’. I’m not saying nominations and awards mean a band is any good. The awards show that something is working, and it’d be an absolute shame to ignore the flourishing talent of a group promoting a peaceful oasis from the chaotic world that surrounds us. Without a doubt, Greta Van Fleet is a resurrection of the golden age of rock. Nothing stands in Greta’s way as they approach new levels of fame, so long as we’re ready to explore new mountains.

I acknowledge that it is pretty easy to dismiss me as “just another fangirl”, but that doesn’t quite work for the thousands of middle aged men, the frat boys, and the women in sequin bras.